Probiotics manufacturers have made a lot of claims in recent years. Some of them hold water, while some of them are questionable, at best. Can using a probiotic help slim your waistline? Let’s take a look at what some recent research suggests, and then you can draw your own conclusion.

Probiotics and the Gut

Before we get into what the science says about probiotics and weight loss, it’s important that you have an idea of how probiotics are supposed to help the digestive system.

The gastrointestinal tract, or “gut,” contains trillions of bacteria. Some of them are good for us, and some of them can cause major health problems. These beneficial and harmful bacteria are constantly fighting for control. When there is a good balance between the two, our gut works as it should. When the bad bacteria outnumber the good, we run into issues.

Probiotics are meant to help bolster the number of beneficial bacteria in order to maintain a healthy balance in the gut. They’re available in several different types of foods, as well as supplements, such as capsules, powders, and drinks. Some manufacturers claim that using a probiotic can help slim a user’s waistline in addition to providing several other health benefits. While there hasn’t been a great deal of research into this subject, a couple of recent studies suggest there may be some meat to that argument.

In 2012, the Journal of Functional Foods published a study that suggested the use of a probiotic supplement could help prevent the absorption of fat in the intestine. It’s important to note, however, that a probiotic company funded the study. Researchers believe that probiotics can interfere with the absorption of calories, and as a result, they are eliminated through waste instead of turning into fat.

The study involved 28 overweight subjects who were given a serving of yogurt each day for 45 days. Half of them received yogurt containing the Lactobacillus fermentum (L. fermentum) bacterium, while the other half received yogurt with the Lactobacillus amylovorus (L. amylovorus) bacterium. The subjects stayed at the research facility for the entirety of the study, so that all of the food they ate could be monitored.

At the end of the study, the group that ate the L. fermentum bacterium saw an average of a 3 percent loss of body fat, while the other group saw a body fat loss of 4 percent. The majority of that was belly fat, although researchers aren’t sure why this was the case.

Study researchers theorized that bacteria destroy bile salts that are produced by the liver. These salts help the body absorb fat. If these salts are unable to do their job, then fat absorption doesn’t occur.

A 2015 study published in the medical journal Obesity also suggests that blending probiotic bacteria into a milkshake could help prevent weight gain. Again, however, it should be noted that this study was also funded by a company that makes probiotics. In addition, there was a relatively small sample size studied.

This study, which took place at Virginia Tech, consisted of 20 healthy male subjects. During the duration of the study (four weeks), the men ate a diet high in fat and calories. Half of the men drank a milkshake containing a probiotic that had several different strains of beneficial bacteria, including Bifidobacterium longum and Lactobacillus acidophilus. The other half also consumed a milkshake, but it was a placebo. While both groups of men gained weight, researchers found that the ones who drank the probiotic milkshake gained less weight than the placebo group.

Researchers had several theories on why this was the case. One theory was that when we overeat, we change the composition of our gut in a way that makes it more difficult for the body to absorb nutrients. The researchers stated that the probiotic could have affected the way the subjects absorbed fats, leading to reduced weight gain.

It’s not clear exactly how specific strains of bacteria in a probiotic can help slim the waistline. Two strains, in particular, Bifidobacterium and Lactobacillus, are believed to be beneficial to the digestive system. The British Journal of Nutrition ran a study in 2014 that showed overweight women taking probiotic capsules lost more weight than women taking a placebo. However, men participating in the study did not see the same benefits.

There is not nearly enough research to say you can definitely use a probiotic to slim down. While initial results are promising, it’s not clear exactly what particular bacteria can be manipulated in a way that will help people lose weight – or even if that manipulation would be possible.

Gut bacteria, some researchers believe, could have an effect on body weight by making the process of extracting energy from food more efficiently. Another theory states that probiotics break down food in a way that produces certain byproducts, and these byproducts can regulate appetite. Again, though, these are theories, and they are not yet accepted as scientific facts. A lot more work will have to be done to either prove or disprove them.

While probiotics are safe for healthy people, they are not magic. You can’t simply pop a couple of capsules a day and watch the pounds melt away. In order to lose weight and keep it off, you have to follow the tried-and-true methods of eating healthy and exercising. This might not be the most exciting way to slim down, and it’s certainly not an easy fix, but it is a way to ensure success. 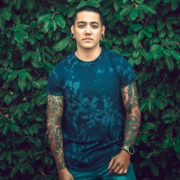 310 Shake Review: Why You Should Try or Shouldn’t Try?

Alcohol and Health: What is the Secrets Behind | A Pleasure Or Silent Killer

Health Benefits of Coffee [An Exclusive Health Guide of 2021]

Coffee 101 A Complete Guide for Beginners

About Alcoholics Anonymous: A Brief History of the Organization